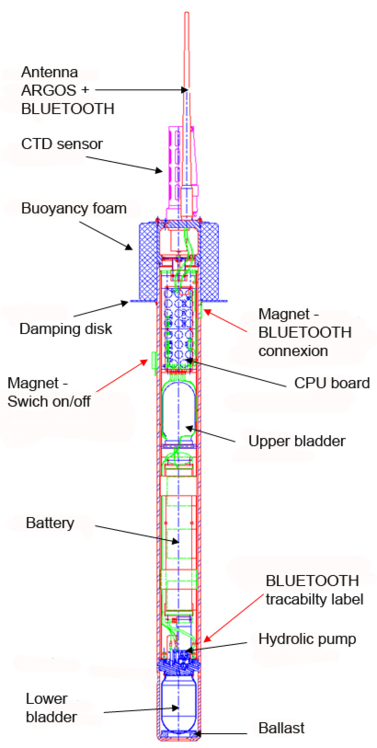 During the descent, the density of the float grows less quickly than the density of the surrounding sea water that causes its stabilization in a dumping of balance. To modify this balance, the float adjusts his density by modifying the volume (its mass remaining constant) thanks to a ballast and a reserve of oil. The emptying of the ballast by means of hydraulic actuators makes sink the float, whereas its filling makes it raise. The sensors are on the top of the float. Salinity is calculated from measurements of conductivity, temperature and pressure. The provor float is bigger and can bring additional sensors, used in particular for the bio-geochemical measurements. The acquired measurements are transmitted by satellite system Argos dedicated to collect data and to localize mobiles. The Iridium system is used to transmit a volume of data more important.